You are here: Home

HMRC’s Fraud Investigation Service (FIS) was launched in April 2016. The FIS is responsible for HMRC’s civil and criminal investigations into the most serious fraud and wrongdoing. It has been estimated that tax evasion and fraud cost the exchequer up to £10bn per annum.

The formation of the FIS brought together HMRC’s criminal and civil investigators. This partnership allows HMRC’s investigators to unlock the most complex financial crimes. Since the service was established more than £1 billion has been recovered from the proceeds of crime and tax offenders.

The FIS has been proactively pursuing the suspected proceeds of crime using enforcement powers, both criminal and civil, to disrupt the movement of cash and assets.

HMRC has reported that since 2016, more than 1,200 seizures of cash and assets have been made while on operational duty, including gold bars worth £750,000 from a passenger at Manchester Airport and £48,000 found in a freezer drawer, hidden among chicken nuggets at a house in Blackpool.

‘To reach this £1 billion milestone in 5 years speaks volumes to the dedication, hard work and skill of FIS to recover the proceeds of crime from those who try to cheat the system.’

Criminal cash can be seized by HMRC officers under the Proceeds of Crime Act 2002. In addition, Account Freezing Orders can be used to freeze balances in bank accounts where it is suspected they contain criminal money. 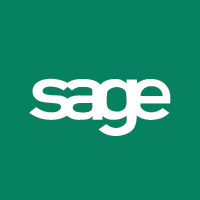